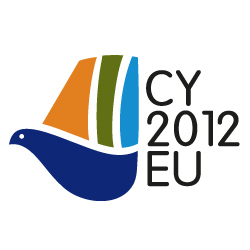 Cyprus, which joined the EU in 2004 and became a euro zone member in 2008, assumes the rotating six-month presidency of the European Union for the first time from the 1st July 2012 to the 1st January 2013. Honoured, ambitious and enthusiastic, Cyprus sees its EU stint both as a challenge and an opportunity. Despite its relatively recent membership, the country wants to act seriously and hopes to enhance its image as a credible and responsible member of the Union.

Cyprus is well-aware of the political and economic challenges ahead (the economic crisis, the social model in question, the anti-EU sentiment…). There is a need for delivering a reliable Europe and Cyprus will help the EU to exit the crisis, to restore confidence, and to increase competitiveness.

During its Presidency, it wants to work towards a better Europe, which is more relevant to the citizens and to the world. It follows two main principles, the principle of solidarity and social cohesion, which are foundations of the EU.

The Cypriot Presidency aims to make Europe more efficient and sustainable, with a better performing and growth-based economy, more relevant to its citizens with solidarity and social cohesion and closer to its neighbours. 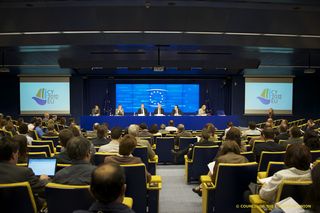 Negotiations on the new seven-year Multiannual Financial Framework and the EU’s forthcoming framework programme for research and innovation, ‘Horizon 2020’, are on top of the Presidency’s agenda; it aims to come to an agreement before the end of 2012.

It will also contribute to formulate the new Cohesion Policy, to improve economic, social and territorial cohesion. It will focus on the promotion of entrepreneurship, in particular the competitiveness of SMEs, to develop an industrial policy that creates new jobs and increases productivity. It will seek to boost the competitiveness of Europe, improve infrastructure and strengthen economic, social and territorial cohesion of Member States through the Trans-European Networks on transport, telecommunications and energy, the Connecting Europe Facility and the integrated maritime policy.

Moreover and succinctly, the Cypriot President will work on the CAP reform, on a common asylum system, enhance the surveillance of the markets and find a compromise between MEPs and Council on enhancing Parliament's right of inquiry.

On foreign affairs, EU enlargement is one of the top priorities of this presidency. Cyprus believes that enlargement has been a very successful transformative tool and does not want the enlargement process to end with the accession of Croatia. It opens door to further cooperation with Balkan countries, Iceland and even Turkey. Besides, Cyprus will make the best use of its geographical and cultural advantages to promote the EU neighbourhood policy by expanding and deepening trade relations with the southern Mediterranean countries.

Cyprus considers that its difficult relations with Turkey should not be an impediment to being a serious and impartial presidency. During its six monthly EU rotating presidency, Cyprus clearly stated that it will be representing the EU and will not serve their national goals. It will work with consensus and a constructive approach with all its EU partners to tackle issues and will cooperate with good will with Turkey.

With this six-month presidency Cyprus wants to prove it is a reliable, responsible partner, which wants to contribute to further the EU enlargement. It will work to find a balance between delivering short-term benefits and solving internal problems, while bearing in mind the EU’s long-term prospect.