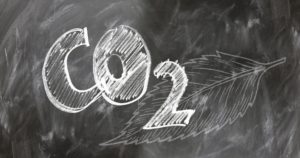 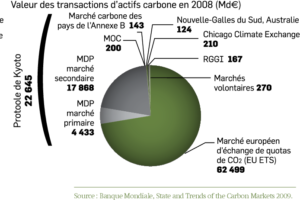 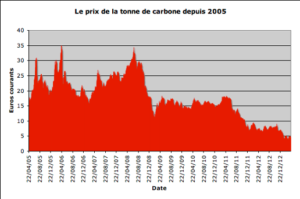 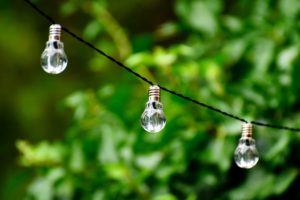 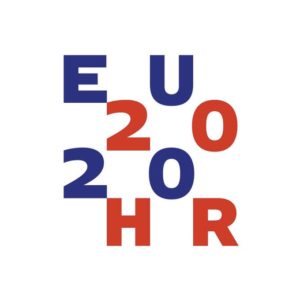 Each country of the European Union takes a turn presiding over the European Union Council for a period of six months. Following Finland, who assumed the role from July to December of 2019, it is now Croatia’s turn for the first half of 2020. The nation that presides over the Council is responsible for organising and presiding over all E.U. Council formation meetings. The nation must also formulate compromises to resolve policy issues.

Key topics of the semester

In addition to the fundamental priorities, the Republic of Croatia has highlighted the importance of the following topics as part of its presidency over the European Union Council.

Seeking to promote an ambitious multiyear financial framework for the E.U. (2021-2027), it also wishes to implement the European Pillar of Social Rights.

Within a context of negative demographic trends, the Croatian presidency highlights the importance of the Union’s rapprochement with its citizens, particularly its youth, in order to promote democracy, fundamental E.U. values, the fight against ‘fake news’, intolerance, and disinformation across digital platforms.

When the European Green Deal is launched, the Trans-European Transport Network (TEN-T) and the Connecting Europe Facility (CEF) will be added to the projects related to the new job markets, education, innovation, and life-long learning.

The Union’s security and strategic orientations as a place of liberty, safety and justice are also underlined, with a specific focus on the enlargement policy and the EU-Western Balkans summit meeting.

These four priorities are the key elements at the core of the Croatian presidency’s work these next six months. United under the slogan “A strong Europe in a world of challenges”, these priorities were presented by Prime Minister Andrej Plenković on 30 October 2019 in Zagreb, which is to be the primary meeting place during the EU Council’s Croatian presidency.

When a country takes on the role of presidency, it must keep the priorities inherited from the previous presidency in mind. It also puts forward country-specific priorities, often related to its specific situation (geopolitical, economic, etc.), and must work on priorities arising from current events.

Priorities of the Trio of presidencies

The programme for the Romania-Finland-Croatia trio of presidencies has spent a year-and-a-half highlighting the importance of the Union’s common values: respect for human dignity, liberty, democracy, equality, the rule of law, and human rights. The trio has committed to promoting competitiveness, economic growth, and investment support, as well as strengthening economic, social and territorial cohesion.

The programme’s major priorities have centred around employment, growth, and competitiveness in order to provide all citizens with the means to achieve their goals and to ensure their protection. This requires an energetic Union with a proactive climate policy. The countries have also sought to develop the Union’s position as a leading actor on the world stage in the promotion of liberty, safety and justice.

The final country to join the European Union in 2013, Croatia will face a number of challenges during the six months following 1 January 2020. Not least of these is the “organisation of the relationship between the Union and the United Kingdom” following Brexit, as the Croatian minister of foreign affairs affirmed at the beginning of the month.

Another challenge awaiting the Croatian presidency is the situation of the Western Balkans wishing to join the bloc. Of the Western Balkans, only Serbia and Montenegro have begun the negotiating process to join the E.U., while Albania and North Macedonia have yet to begin the membership discussions, as they were blocked by France and other countries during a European Council meeting in October. Kosovo and Bosnia lag even further behind.

New government of coexistence in Zagreb

On Sunday, 5 January, the Croatians elected former socialist-democratic prime minister Zoran Milanović as their new president during a second round of voting, turning down incumbent Kolinda Grabar Kitarović (Croatian Democratic Union, HDZ) for a second five-year mandate and opening the door to a tense coexistence with the centre-right government currently in power.

The result was a surprise majority and took place just as Croatia began its turn presiding over the EU Council. The presidency cannot oppose the law, but it does receive a say in matters of defence, foreign policy, and intel, and is generally considered a moral authority and defender of the Constitution. 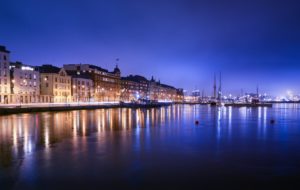 As a truly holistic project, the Green Deal requires the implementation of a number of components in order to attain climate neutrality. One of these components, the circular economy, must represent “half” of the E.U.’s effort to reduce net carbon emissions to zero by 2050, making it the priority of the “Deal”.

The plan endorsed by Ursula Von der Leyen is rather ambitious. So far, it comprises twenty policy propositions, from the creation of an investment plan for a more sustainable Europe, to the introduction of a cross-border carbon tax, as well as the partial transformation of the European Investment Bank into a climate bank, and the adoption of a new European industrial policy.

Currently, it also includes the promotion of short food supply chains in connection with a reform of the Common Agricultural Policy. It also provides for access to clean, safe, and affordable energy, and to sustainable transportation, as well as the preservation of biodiversity and a zero-pollution goal.

But it will take a number of steps to get this immense project off the ground, and each step presents its own set of challenges.

The Commission’s new “software” will require reconciling apparently contradictory objectives. Adequate financing will also need to be found to engineer this paradigm shift in numerous sectors, such as energy, goods and services production and distribution.

Though the quest to “green” E.U. policies is not a new one, the challenge has always been to combine economic development and ecology, without putting them at odds.

Thus, Europeans have begun work on an enormous project: defining the criteria that will allow an economic activity – such as transportation, energy, agriculture, finance, etc. – to be considered ecological. This taxonomy challenge is crucial to the continent’s industries. Brussels, the Commission, the member states, the European parliament, and lobbyists are all already seeking to weigh in on this complex legislative process.

Financing this transition will be another of the major issues faced. In addition to the question of how much, evaluating the pace and order in which to promote sectors will require an overall economic anticipation of the internal market.

Commissioner Dombrovskis’ task is to transform the European Investment Bank into a climate bank. He will need to oversee a new financing strategy involving the issuance of “Green Bonds”. He must also coordinate Ursula Von der Leyen’s investment plan for Europe, which promises to free up over a trillion euros for the transition over the next decade.

The results of the May 2019 EP election saw net gains for green parties and for environmental policies. Civil society by and large seems to be taking environmental issues into account. The Commission must now find a way to integrate these parties in the promotion of the “Green Deal”, whose concept is drawn in part from the Green movements, and has been refined over the last ten years, as author Jeremy Rifkin points out in his latest work.

Frans Timmermans, the Green Deal Commission vice president, has positioned himself as the guardian of climate, but has remained vague on the specifics of the project in his presentation to the European Parliament on October 8. The presentation was generally successful, despite some reserves on the part of the Greens and the EPP. Timmermans’ challenge will be to use his mandate to further the Green Deal, and not simply for “green-washing”.

Specifically, he must propose the “first European law on climate” within the first hundred days of the new Commission’s mandate, i.e. before March 2020. This legislation must include the Union’s commitment to net-zero carbon emissions by 2050.

To do so, he will need the unanimous support of the member states in favour of carbon neutrality by 2050, a goal which has so far been unattainable due to opposition from the Czech Republic, Estonia, Hungary, and Poland.

To obtain Poland’s support, the Commission’s president elect is counting on the energy transition funds, a financial tool linked to the European carbon market, which targets countries such as Hungary and Poland. Timmermans has been appointed to coordinate its implementation.

As laid out in an article by the think tank Bruegel, the transversal nature of the Green Deal may help resolve these obstacles, as it simultaneously opens up many new frontiers, with multiple frameworks for negotiations, allowing member states to compensate potential losses in some sectors with gains in other sectors.

The Green Deal represents an unexpected opportunity for Europe to bypass policy fragmentation in this area, which has so far been composed of autonomous decarbonisation initiatives, all facing obstacles and weakening of minorities. The result may be a truly global framework, able to promote extensive decarbonisation by seizing the economic and industrial opportunities that it presents, and ensuring social inclusivity.

The Commission’s political clout in the institutional triangle will be a determining factor, at the outset of a mandate in which the European parliament wishes to assert itself before the Commission, an institution which holds the monopoly on initiatives. To do so, the Commission must keep in mind the new reality of political balances in Parliament, with its three current majority groups, namely the EPP, the PES, and Renew.

In order to prepare a first draft within one-hundred days, i.e. by 1 March 2020, the European Commission must show leadership and speed in educating all of the concerned stakeholders, both in the public sphere as well as in European companies.

Ursula von der Leyen will present the first elements of the Green New Deal in a communiqué on 11 December, the eve of the European summit on December 12 and 13. This date was chosen as it will be the final day of COP25 in Madrid, and it will be helpful to put the international challenges back in perspective with the 2015 Paris Accords. In fact, the most important challenge to remember in this journey is the long-term preservation of living conditions on the planet.